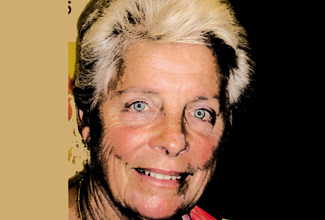 Born in Liverpool, England, he was the second son of an artist Thomas Crane, member of the local Liverpool Academy, who supported his family through portraits, silhouettes and lithograph engravings which he often produced at home on his own printing press.  Surrounded by an energetic and highly creative extended family, Walter later described himself as being born with a “pencil and paper in hand” experiencing the urge to draw as a “primal necessity.”

When he was twelve, the family moved to Shepherd’s Bush in London.  From his window Walter looked out over brick fields, and drew sketches of the men and horses working to produce the materials that would go to build the new terraced houses of Notting Hill. At fourteen, he was apprenticed to the London engraver, William James Linton, a “kindly generous” man, according to Crane, “a true socialist at heart” with an ardent love of liberty. He had learned a lot and developed a special interest in the fine Japanese art form.

Over time he became closely associated with the Socialist movement and did much to bring art into the daily life of all classes while expanding his talents over a broad spectrum of written, visual and decorative works. These included textiles of many types, wall papers, wood graving, illustrations, cartoons and numerous paintings. His artistic skills extended to pictorial illustrations for many children’s books in what is described as the ‘Golden Age of Illustration”. His younger sister Lucy was a gifted pianist and lent her talents to help compose lyrics and other assistance to his illustrations for children’s books, many as everlasting tales.

As a social and political activist he used his art largely in support of the workers’ cause.  For a long time, he provided the weekly cartoons for the Socialist organs, Justice, Commonweal and The Clarion, with much of his artistic work dedicated to labour and workers’ rights.  It is reflected in the titles and images such as International Solidarity of Labour (1889); The Triumph of Labour (1891); A Garland of May Day and The Workers’ Maypole (1894); Flowers for Labour’s May Day (‘Justice’ 1898); International Fraternity (‘Justice’ 1899); Souvenir for May Day (‘Justice’ 1905 and 1907). Another painting in 1894 was titled The Cause of Labour is The Hope of the World.  He used it as an Xmas greeting card with the following verse: “A Merry Christmas & Happy New Year, with Good Luck to Labour, hand, heart and brain: stick fast to your banner, stand solid, nor veer, Til the cause of the workers renews earth again” …  It continued to be reproduced.

In 1891 he visited the United States in connection with an exhibition of his work. While there he scandalised polite society by appearing at an anarchist meeting where he had expressed his views on a contentious political issue.  On return to his hotel there was a letter stating the withdrawal of support for him.  He died on 14 March 1915 and was cremated at Golders Green Crematorium where his ashes remain.

May Day and Workers

The seed of an idea sown in Europe in the 1830s and 40s was to bud and bloom later in the United States in 1884 when the fourth Congress of the American Federation of Labour (AFL) decided to fix the First of May as the symbolic date for giving expression to labour’s demands. To bring pressure to bear directly on the employers and the public authorities a mass demonstration was staged on 1 May 1886. This march, they believed, would not only win the support of all workers but at the same time stir up public opinion which until then had remained either ill-informed or hostile to the idea of a shorter working day:  First of May 1886 was launched as the First Labour Day in history. The Chicago Arbeiter Zeitung ushered in this new dawn with “The First of May, whose historical significance will only be understood in the years to come, is here”. It was a prophetic message but tragedies for workers continued as did the hard fought struggles before acceptance for workers and their elected representatives to obtain protection and acknowledgement of their demands.

Note:  Acknowledgement is given to sources used in preparation of this text. It follows others on International Labour Day and International Labour Organisation’s unique tripartite Government, Employer, Workers’ structure and role in the development of worker protection through its universal programmes and standards. The Organisation celebrated its Centenary Year in 2019, and the ILO Staff Union its Centenary Year in 2020.