Most diplomats in Geneva are familiar with Diva (now the International Diplomat) and, despite a name that might be confusing, it is indeed a magazine for people working for international organizations. Our primary purpose is to provide a forum allowing them to talk about their missions, their work and their projects, but we also offers a range of articles dealing with travel, cultural, historical figures, gastronomy, etc…

Since its creation in 2002 Diva has been distributed and read throughout the world, and not only in New York and Geneva, in United Nations headquarters but also on all continents, and its visibility is even stronger since the creation of its website :

It should be noted that if the majority of articles and interviews are in English, many are also French and some are in Spanish.

The International Diplomat – Diva is apolitical and neutral and calls without distinction to all those involved in the life of the Cite, that of their country diplomats, bankers, UN officials, presidents, foreign ministers, heads of NGOs, businessmen, writers, artists – it is open to anyone who wish to express their views and opinions.

Published on glossy paper with many color photos, Diva became through its eclecticism a popular magazine for all and has become a reference in the world of international Geneva.

It consists of a small but enthusiastic team since its inception, and whose goal is to communicate, inform, and share their passions in a spirit of tolerance and openness. 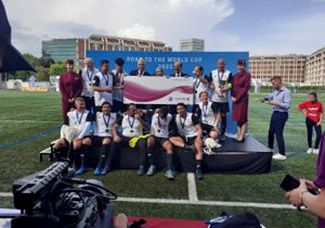 “Road to the 2022 World Cup” On Wednesday 22nd of June, 2022 the Permanent Mission of the State of Qatar to the United Nations Office in Geneva organised at the  » Stadium of Varembé » in collaboration with the Perception Change Project in the Office of the Director-General UNOG and… 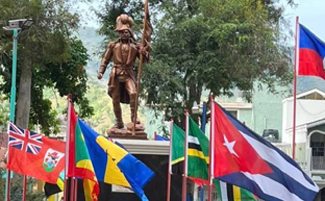