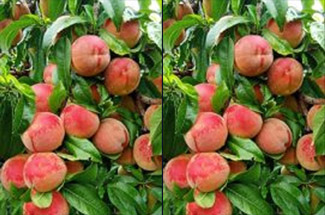 India: Transformation of Horticulture and Agriculture sectors in Jammu and Kashmir

The horticulture sector contributes immensely to the economy of the Union Territory of Jammu and Kashmir. It has helped in bringing a number of positive social and economic impacts including poverty alleviation and generating self-employment avenues for the youth. Presently, 332704 hectares of land are under horticulture in Jammu and Kashmir with 214162 hectares in Kashmir and 118542 in the Jammu region. Of this 164141 hectares are under apple cultivation alone. The fruits grown in the UT are Apple, Pear, cherry, walnut, almond, chestnut, strawberry, stone fruits, grapes, etc., in temperate areas and Mango, citrus, guava, litchi, berries, anola, grapes, oranges, etc., in subtropical areas.

Apple the major fruit crop of the UT is concentrated in the districts of the Kashmir region with a meager share also coming from the temperate areas of the Jammu region. Among the districts of the Kashmir region, Baramulla stands front runner both in terms of area (25231 hectares) as well as production of the apple (404089 MTS) followed by Kupwara and Shopian districts. Seventy per cent of the total apple production and ninety per cent of dry fruit production in India comes from J&K.

Pear, the next major fresh fruit crop is grown almost throughout UT, however, the major share of the production base comes from the temperate Kashmir region where some good cultivars of the crop are grown with longer shelf life. The apricot crop is grown almost in entire temperate areas of the UT covering all the regions. Moreover, the Union territory of Jammu and Kashmir produces more than 95% of the total country’s production of commercial varieties of cherries. It produces four varieties of cherry — Double, Makhmali, Mishri, and Italy.

According to official figures, presently 7.5 lakh families of around 35 lakh souls are associated with the horticulture sector in Jammu and Kashmir, and the annual income has touched over Rs 10,000 crore, contributing 8% to Gross State Domestic Product (GSDP). An area of 3.33 lakh hectares (2020-21) is under fruit cultivation and production of 20.35 lakh MT was recorded in 2020-21. The total apple production in India is about 28 lakh MTs and of which 20 lakh MTs are produced by J&K. The government of India as well as the J&K government is keen to expand the growth of the horticulture sector and provide ample opportunities to the farmers for the establishment of agro-industries and thereby generating sufficient employment avenues.

Besides, medicinal and aromatic plants floriculture, mushroom, plantation crops, and vegetables are cultivated in the UT. Apart from this, spices like Saffron and Black Zeera are also cultivated in some pockets of the UT. This year, the robust agriculture sector of Jammu and Kashmir passed an incredible milestone as around 2000 trucks of vegetables were exported from Jammu and Kashmir to different parts of the country. The UT remained at the top in the country with a yield of 70 quintals for each hectare of paddy. The agriculture department is planning to convert over 60,000 hectares of Basmati cultivation area into high-productivity land. The statistics of the agriculture department reveal that area under vegetable cultivation in the Kashmir region has increased from 10,270 hectares (as per a 1981 survey) to 31,250 hectares (2015 survey). There has been a commendable increase in production from about 200,000 tons in 1981 to 800,700 tons in 2015.

A small hamlet, Bogam, located on the border of Pulwama and Budgam districts is known as “mini Punjab” for its high-quality vegetables. Besides meeting local demands, trucks loaded with vegetables from the village and its adjoining areas reach various cities in north India changing the fortunes of the villagers. The village produces fresh vegetables like green collards (haakh), cauliflower, brinjal, radish, capsicum, garlic, cucumber, spinach, carrot, and different varieties of peas which are dispatched to local mandis as well as outside the UT every day.

In J&K, Oil seeds have been sown over 1.10 lakh Ha of land. Kashmiri Lal Mirch is being harvested on 1182 Ha, Sweet Corn harvested on 165 Ha, while other exotic vegetables have been harvested over 150 Ha and farmers are getting massive returns out of them. Similarly, sericulture (cultivation of silk) is widespread across the region. As per the Sericulture Policy 2020 of J&K, the mulberry silk production in the UT accounts only for 0.66% of the total mulberry silk production of India. Silk is an elite product in itself and the government is rapidly addressing the issues of the people involved in the sericulture sector.

The available data depicts that both area and production of horticulture crops seem to be increasing simultaneously. The UT and Central government has taken many initiatives towards market intervention such as the establishment of fruit mandies, technological support and research extension, provision of support price, awareness options, publicity inputs, and cold storage facilities. The Department of horticulture provides assistance to the farmers for the economic development of the horticulture sector in UT under various centrally sponsored schemes as well as the CAPEX budget.

The department provides incentives for the establishment of new orchards, plant protection machinery, horticulture mechanization, protected cultivation, pollination support, pack houses, hi-tech nursery establishment, etc. The department lays stress on the ultra-high-density plantations in the UT. With the help of high-density plantation technology, 2500-3600 plants are being planted per hectare compared to 250 trees planted presently. There is potential for an increase in the productivity of apples from the present level of 12 metric tons to 30-40 metric tons per hectare through the introduction of a high-density plantation programme.

The high-density plantations are expected to make horticulture profitable through superior yields, higher yields per hectare, early harvest, and introduction of insect and pest-resistant varieties thereby saving the expenditure on disease and pest control. The popular varieties included Gala Red, Schinco Red, Jeromnie, Red Chief, Red Velox, and Scarlet which have mostly been imported from Italy.

CA Storage Capacity increased from 1.70 LMT to 2.00 LMT during the year. Three new CA Stores were approved by SLEC and forwarded to the government of India for sanction. 15 new Nurseries are being established in the private sector including 4 Walnut Nurseries and 3 HiTech nurseries.

Among all States /UTs, Jammu and Kashmir has been ranked 3rd in monthly income to Agriculture households and 5th best performing State /UT in Agriculture & Allied sector. More than a million beneficiaries from J&K received direct financial support of Rs. 1983.29 crores during the last three years under the PM-Kisan scheme. 12 lakh farmers have been issued Kisan Credit Cards (KCC). Out of this 9.46 lakh KCC are live/operative in UT of J&K .

Under National Saffron Mission, irrigation infrastructure with a sprinkler system connected to 126 deep Bore wells has been created. An area of 2598.75 Ha of land stands rejuvenated as of date. The implementation of the National Mission on Saffron has ensured a substantial increase in crop yields from 1.88 kg per hectare to 4.50 kg per hectare which has ultimately doubled the income of Saffron Growers. The J&K Government has successfully got the G.I tagging for Saffron and Basmati for effective domestic and international marketing.

The registration for G.I tagging for Guchhi (Morchella), Solai Honey, Rajmash (Red Beans), and Muskhbudji is also in the pipeline. It will promote the economic prosperity of the farmers by enhancing their demand in National and International Markets. The J&K government has also established two J&K Seed and Organic Certification agencies, one each in Jammu and Kashmir Divisions. More so, the government also facilitated the opening of Offices of APEDA and LULU Groups in the Kashmir Division and APEDA in the Jammu Division.

Action-oriented policies of the government are bringing ground-breaking and structural transformation in the agriculture and horticulture sectors in J&K and thus contributing towards economic growth, and employment creation in the Union Territory. Moreover, the income of farmers is increasing and they are becoming job providers rather than job seekers. 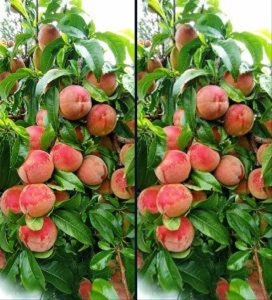 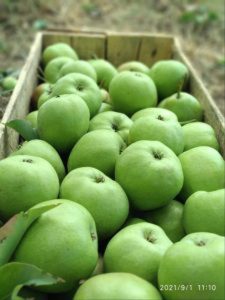