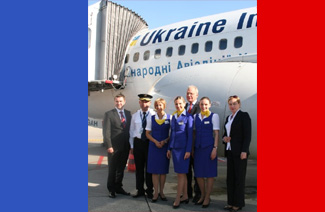 On 24 February 2022, a new war, a full-scale armed conflict in the very heart of Europe was launched by Russia.

Shellings and fighting continue along the state border with Russia and Belarus, in Donbas and along administrative boundary with the temporarily occupied territory of Crimea. Russia simultaneously attacks Ukraine from the East, South, North and by air.
As of 22.30 24 February, the Russian troops fired at our positions 393 times including 32 civilian objects, destroyed 6 control posts, attacked Serpent Island in the Black Sea, seized the Chornobyl Nuclear Power Station and a part of southern Kherson region including the North Crimean Canal.

According to the data by the Ministry of Health of Ukraine, 57 persons including 2 children were killed and at least 169 persons wounded in Ukraine during the first day of the Russian invasion. Many objects of infrastructure were ruined.

The last time we saw such actions was the Second World War, when another totalitarian ruler decided he had the right to re-draw borders of the sovereign states in Europe and bring death and misery to millions of people only to realize his perverted wishes.

History repeats itself. That is what we know from the schoolbooks. We can not let this happen again. Lessons of the past need to be recalled. If the world does not stop Putin, the world will suffer.

Since yesterday, the web-sites of the governmental institutions of Ukraine suffer from cyber attacks.

In response, Ukraine has activated its right for self-defence according to the article 51 of the United Nations Charter. We will defend our soil.

The Russian troops are suffering losses: aircrafts, helicopters, tanks, trucks, personnel.
The Supreme Commander-in-Chief of the Armed Forces of Ukraine gave orders to inflict the maximum losses to the aggressor.

Thousands of Ukrainian citizens have already joined the ranks of territorial defense. More are to come in the next days.

On 24 February 2022, the Verkhovna Rada of Ukraine approved President’s decision to impose the martial law on the entire territory of Ukraine for a period of 30 days with the aim to ensure Ukraine’s defense, public safety and state interests.

Due to this, some constitutional rights and fundamental freedoms may be
temporarily restricted (Articles 30-34, 38, 39, 41-44, 53 of the Constitution of Ukraine: inviolability of dwelling place, privacy of correspondence, interference in personal life, freedom of movement, freedom of thought and speech, freedom of views and beliefs, elections, peaceful assemblies, right to property, right to entrepreneurial activity, right for labor activity, right to strike, right to education). The temporary restrictions on the rights and legitimate interests of legal entities will also be imposed.

Regional, Kyiv city state administrations and local self-government bodies must establish defense councils and provide assistance to the military command in introducing and implementing measures of the martial law.
A curfew was introduced in some Ukrainian cities including Kyiv.

Ukraine has cut off diplomatic relations with Russia.

We invite our partners to follow our example. We deem it unacceptable to maintain diplomatic relations with the aggressor state, which openly attacks its neighbour without any reason. The international organizations must consider banning Russia’s membership for flagrant violations of international law.

Those expressing support to Russia’;s actions in Ukraine we consider aggressors as well.

We count upon the proper reaction by the international community. We are grateful to our partners, which continue to provide additional support in a variety of ways (for instance, almost 1 bln USD loan by Poland).

We urge the international community to show solidarity with Ukraine by:

We appreciate sanctions imposed by a number of countries of the world (EU, Australia, Canada etc), especially the strongest sanctions already imposed by the US and the UK, which will severely undermine Russia’s economic and financial capacities to continue its aggression.

We expect the EU to join the comprehensive bank sanctions in the very next few hours and to include SWIFT into the package.

We hope a wide Ukrainian community abroad would join the Government of Ukraine in delivering truth on Russia’s war in Europe.

Attack on Ukraine is an attack on the entire Europe. We need to act together and in coordinated manner.

Russian population is actively protesting against Putin’s insane decision. Nearly 600 of Russian citizens have already been detained for participating in peaceful assemblies throughout Russia.

The situation is changing very fast. We will continue to inform you.