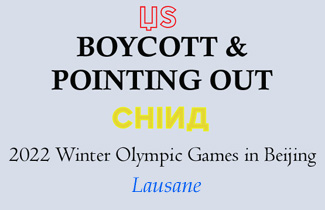 One would think that sports might be free of politics, but this is often not the case. To understand the relation between sports and politics, one need first to understand the relationship between sports and society. Going back millennia, sports have symbolized societies’ values and provided a glimpse into how people spend their free time and the importance that they attach to physical fitness. In Ancient Greece, for example, athletic activity was an integral part of education and life. In countries of the northern hemisphere, many people devote their leisure time to doing outdoor sports year-round, not only in the warm weather.

In some cases, what we today see as sport was also a means of transportation, such as skiing from one place to another among mountain communities. In the countries along the northwestern and northern coasts of Europe, ice skating on the vast network of frozen canals often filled the same function. Today, however, for a considerable number of people, sports are mainly an escape from an everyday world that they find increasingly stressful.

The Olympic Games are easily the world’s most famous and most prestigious organized athletic competitions, featuring both summer and winter sports in which thousands of athletes from around the world compete.

For many people in the higher latitudes of the northern hemisphere, there is a particular interest in the Winter Olympics, whereas people living in the southern part of the world tend to be more drawn to the summer games. This is understandable. A person surrounded by snow and cold several months of the year can develop a fondness for athletics in sub-zero temperatures that can perplex people living in climates where there is no such thing as snow.

Recently, in anticipation of the February 2022 Winter Olympic Games in Beijing, the United States government declared that it will carry out a diplomatic boycott of the event, thus introducing into the games an obviously political dimension.

Some historians argue that the original Olympic Games always had such a dimension, pointing out, for instance, that in ancient Greece, representatives of the independent city-states gathered at the games to discuss politics, form political and military alliances, and celebrate military victories, against the backdrop of their athletes’ competitions.

For many of these historians, even our modern version of the Olympic Games can be seen as having a political dimension, especially those in the past half-century. One example is the 1968 Mexico City Olympics, where U.S. Olympians Tommie Smith and John Carlos raised their fists in solidarity with the black power movement. The next time around, at the 1972 Olympic Games in Munich, 11 Israeli athletes were kidnapped and killed by a Palestinian terrorist group. In 1980, the United States declared a boycott of the Moscow Olympics, and so forth.

Therefore, one can assert that, sporadically at least, politics have managed to shine through the veil of non-political competition that is officially fostered by the International Olympic Committee.

The United States’ boycott of the February 2022 Olympics in China is primarily symbolic, since the United States athletes will attend and compete, even though the official Olympic delegation will not attend. The reason, according to the White House, is that United States is protesting China’s human right record. But this rings hollow coming from a country regularly accused of overthrowing foreign governments and committing war crimes.

While sports for a majority of people fill the need of escape from the tedium of everyday life, people invest themselves in sports at all sorts of levels, depending on their circumstances. For full-time athletes, however, who have trained incessantly for years to get through a very tough selection process, just being able to compete in the Olympic Games is something of a triumph. Winning a medal is the high point of their athletic career, if not of their life outright.

For sports fans, glued to their screens to watch their national team perform, this is not simply a change in the daily routine and some good entertainment. It is also a matter of national pride.

Giving the Olympic Games a political angle mars the true spirit of the Games, and this Olympic spirit that the Olympic Committee in Lausanne, Switzerland, works to cultivate is a vision shared by most ordinary people.

In support of the U.S. boycott, three other countries have announced that their official delegations will not attend, although their athletes will indeed be allowed to compete.

Beyond this particular boycott, there are questions to be raised. First of all, are the Olympic Games an appropriate arena for a political assertion that is far from enjoying universal support? Most people would prefer that the issue be raised in fora such as the Human Right Council in Geneva, where such an accusation can be debated substantively.

And what will the result of the boycott be?

What was intended to be a great occasion for athletes (and for China, which has spent colossal sums to build new sports facilities), will definitely be affected to some extent but, probably not at all to the extent that the boycotters hope. The athletes who have put in years of dedicated training with one goal in mind, participating in the Olympic Games, will definitely do their utmost to shine, regardless of what official delegations are present or absent. And their performances will be such that the absent official delegations will not even be missed. But this out-of-place partisan gesture obviously intended as a slap in the face to the host country may well leave an unpleasant aftertaste in some quarters.