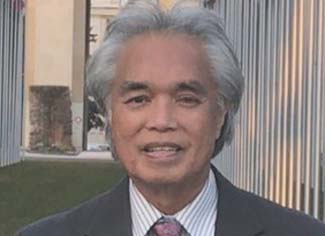 Geneva; 8 July 2019: Organisation of Kashmir Coalition (OKC) organised a Kashmir Roadside Roundtable, in continuation of its Kashmir Freedom and Human Rights campaign, outside the United Nations near the famous broken chair in the UN Square. A large crowd of people, having travelled from London, Milan, Berlin, Madrid, other parts of Europe and Islamabad, participated in the scorching heat to demonstrate their solidarity with the people of Indian Held Kashmir who are subjected to gross human rights violations.

The Roundtable was moderated by Prof Nazir A Shawl, Chairman of South Asia Centre for Peace and Human Rights (SACFPHR) and a constituent member of OKC, who in his introductory remarks stated that it is gratifying to see so many attendees at the Roundtable and this is clear message to India that wherever Kashmiris are in the world they will raise their voices in support of their brethren fearlessly to highlight their inalienable right to self-determination and promotion and protection of their human rights. “The solution to the suffering people of Kashmir lies in finding a peaceful and negotiated settlement to the crisis”, he added.

Faiz Naqshbandhi, Convener All Parties Hurriyat Conference (APHC – AJK and Pakistan chapter) addressing the Roundtable remarked that Kashmir continues to bleed and that deliberate and systematic campaign of brutal repression against the people of Kashmir is on the increase. He insisted that Kashmir is the UN recognised conflict therefore, the UN has major role to emphasise on all the stakeholders to settle the Kashmir issue, in accordance with the wishes of the people of Jammu and Kashmir, peacefully.

Prof Shagufta Ashraf of University of Kotli asserted that what is impossible to understand is that the Kashmir issue is not politically without a road map but on the contrary the United Nations has at its inception provided that road map through its Security Council resolutions therefore, the UN has responsibility to implement those resolutions.

Ambassador Ronald Barnes (IPNC) and Leon Siu (Koani Foundation) expressed their support to the Kashmiris right to self-determination and the promotion and protection of their human rights. Pervaiz Shah of APHC re-iterated that the solution of the Kashmir conflict lies through negotiations among the stakeholders including Pakistan, India and the principal party the people of Kashmir. He further stated that any attempt to have a deal between the two without the third will fail ultimately. Dr Tayyaba Bashir of University of Kotli insisted that it is sinful to remain silent or even passive over frightful human rights violations that take place anywhere in the world. The people of Kashmir, who experience most dreadful brutalities at the hands of the Indian occupying armed forces, is no exception. She added that we must raise our voices to ensure the concerned stakeholders listen to our voices.

Amjad Yousaf of Kashmir Institute of International Relations (KIIR) appealed that Kashmiris need to stand united to advance the cause at the international fora. He believed that the people of Kashmir welcome any peace initiative bearing in mind that they believe in the universality of peace, prosperity and human rights. Ijaz Piara of Pakistan Overseas Alliance Federation (POAF) declared that he would work tirelessly through entire Europe to advocate the Kashmiris right to freedom and human rights.

Madam Shamim Shawl of International Muslim Women Union (IMWU) highlighted the plight of Kashmiri women and girls particularly that of half widows. She remarked that Kashmiri women are living in the highly militarised region and they live in constant state of siege whether in their homes or in public. She revealed that sexual violence such as use of mass rape or molestation, torture and even killings are used on women by Indians to intimidate and counteract voices of freedom.

Zubair Awan, Chairman Kashmir Youth Assembly opined that the United Nations and the great powers need to put all their efforts together to impress all the parties to the conflict to work to establish a workable mechanism to find a solution to the Kashmir issue pursuant to the aspiration of the people of both parts of Kashmir. Among other Kashmiri activists, the Roundtable was addressed by Raja Zaheer Ahmed and Choudhary Ajmal.

The Roundtable was concluded by Barrister A Majid Tramboo. In his address he said that Indian “terrorism bogey” at the international fora is doomed to fail because the world knows that India is guilty of wide range of ongoing serious human rights violations over the seven decades of conflict therefore, India has to account for past and current utter gross human rights violations and abuses and for the denial of the UN promised plebiscite to Kashmiris. He referred to the UN Report and declared that it the UN that finds India guilty. Barrister Tramboo announced that all of us shall ensure that an independent enquiry commission is instituted to investigate all the crimes committed in Indian Held Kashmir and that there should be a panel discussion on the UN Report in the Human Rights Council.