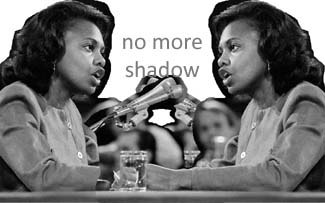 2020 is acting now better than from the election time…

That’s it, time seems to start from lessons to practice and simulate the future before it goes away. It’s going so fast when one misses the appointment. Many people may be waiting for a president, Kamala Harris or Elizabeth Warren, after Nancy Pelosi twice, Madam Speaker of the House. This may be history, but history could negatively affect the time of elections without reality being the next step in this same house of representatives, then empty the disappointment.

Let me remind you this: the next day after Donald J Trump was released as the winner of the presidential election, the fight as a result is until today and unfortunately what everyone had apprehended. America is deeply in the trap of rats and scared of releasing the hammer gun. It costs a lot and no winning for America.

No progress will be made if the Senate is still in the hands of the GOP. It’s not like we’re protesting against the GOP but this staff is already blocking progress in their own forest by bowing their heads against their belly in front of President Trump in his sick room of terror as political projects. This is advice when the president accuses the press as an enemy of the people.

Unfortunately, we are already seeing results from the last century. It’s a true story; The United States of America pays great tribute for this, especially for not having played properly before eleven o’clock. Midnight came closer, the price was so heavy because of weakness. It’s a thing of the past, but we are always concerned about what future be by lessons learned.

Every year, we celebrate a specter of victory but at mid-term, the commemoration of the end of the traumatic war. If that’s the case, we could not afford to be an obstruction to women now.

Sexism and political laundry against women is an act of political crimes that we need to repudiate. The shameless obstruction against the woman is the same, and the culture of the spirit of slavery must be banished from the dialogue. It is no longer a question of black citizens or white citizens today, it is a matter of existence, it is the need to be respectful to our mothers, our daughters, our sisters, girls and women.

2020 should be a victory for the future story. All members of Congress and Senate can be taken by the very Democratic people that even President Trump uses to manage his rest time by saying good Vladimir Putin, and the left is DNC. The left of the right remains the right as a motif of digital intelligence in science. The right of the disease is always the disease. Number one is (1) even if it is upside down. Beto especially a good guy but a woman first.

This is the first step to win, every vote counts. That’s what we did in 2008 by choosing history better than legacy. The DNC should contain positive germs than being against Donald J Trump as only president. The voice to hold the president must be taken as a package.

The Tools That Can Help Us Grow

Once upon a time, Barack Obama won the presidential elections twice. We need to step forward to save our values. This is the time to say once again: never again a privilege inheritance but, to introduce in the real facts, not in these privileges, far from the observation of the foreigner saying that we remained racists in the soul of times of segregation. We need to realize and demonstrate everyday, this: nobody is left behind. Let us move forward collectively by eliminating dust and dirt from the ballot before a new mistake happens.