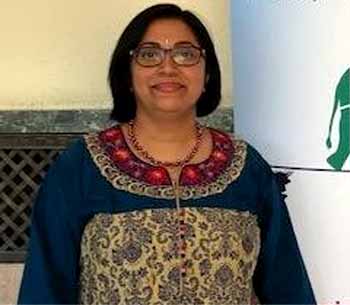 Q: You are a specialist on LDCs. What is the definition of a LDC?

As stated in the “Istanbul Programme of Action for the Least Developed Countries for the Decade 2011-2020”, the least developed countries, consisting currently of 47 countries, represent the poorest and weakest segment of the international community. Least developed countries are characterized by constraints such as low per capita income, low level of human development, and economic and structural handicaps to growth that limit resilience to vulnerabilities (IPoA, para 1).

The category of least developed countries was officially established in 1971 by the UN General Assembly with a view to attracting special international support for the most vulnerable and disadvantaged members of the United Nations family. There are currently 47 countries in the LDC category; 33 in Africa, 13 in Asia and the Pacific and 1 in Latin America (UN, 2017).

Least developed countries or LDCs is a category of developing countries that has special needs and vulnerabilities. More specifically to qualify as an LDC, a country has to satisfy inclusion thresholds based on three criteria:

A per capita income criterion, based on a three-year average estimate of the gross national income (GNI) per capita. An LDC has a Gross National Income per capita of less than US$1,025.

A human assets criterion, involving a composite index (the Human Assets Index, or HAI) based on indicators of: (i) nutrition (percentage of undernourished population); (ii) health (child mortality ratio); (iii) school enrolment (gross secondary school enrolment ratio); and (iv) literacy (adult literacy ratio). An LDC has a score of less than 60 on the HAI.

An economic vulnerability criterion, involving a composite index (the Economic Vulnerability Index, or EVI) based on indicators of: (i) natural shocks (index of instability of agricultural production; share of victims of natural disasters); (ii) trade-related shocks (index of instability of exports of goods and services); (iii) physical exposure to shocks (share of population living in low-lying areas); (iv) economic exposure to shocks (share of agriculture, forestry and fisheries in gross domestic product (GDP); index of merchandise export concentration); (v) smallness (population in logarithm); and (vi) remoteness (index of remoteness).

Thee criteria are set by the UN Committee for Development Policy (CDP) in New York. There also exist graduation thresholds. An LDC are eligible to graduate or exit the category if it meets the graduation criteria in two consecutive triennial reviews of the UN CDP.

Q: Yemen is a low-income country that faces difficult long-term challenges to stabilizing and growing its economy, and the current conflict has only exacerbated those issues.  How would you characterize the economic situation in Yemen today ?

The economic situation in Yemen today is dire. The economic and human costs of conflict are high, with a disproportionate impact on children suffering. According to some estimates, poverty is projected to remain high at approximately 75% in 2018 and 73% in 2019 (World Bank, 2018). The current conflict is destroying infrastructure that in the future will need to be rebuilt, with large volumes of foreign aid, in order to allow the economy to augment its productive capacities and diversify its economy. Economic diversification, structural transformation and the building of productive capacities are important economic priorities for many LDCs, including Yemen, as advocated in the UNCTAD Least Developed Countries Report series and the IPoA.

Yemen was among the three LDCs, for which data are available, to suffer a full-fledged recession (i.e. negative real GDP growth) in 2017, mainly because of idiosyncratic shocks, i.e. internal conflict/insecurity situations: Yemen’ real GDP contracted by 2.0 per cent, along with other conflict-ridden LDCs of South Sudan and Burundi. Average living standards , as measured by real GDP per capita, have also fallen.  In 2017, as many as nine LDCs were in this situation, and in two countries the decline exceeded three per cent: and these were Afghanistan (-7 per cent) and Yemen (-4.8 per cent).

The present conflict will exacerbate the special needs, vulnerabilities and sustainable development challenges of Yemen while Yemen’s needs for financing for development are likely to grow larger.

As noted in UNCTAD’s “Selected Sustainable Development Trends in the Least Developed Countries 2018”, in absolute terms, the largest recipients of remittances among LDCs include Bangladesh ($13.6 billion in 2016), Nepal ($6.6 billion), Yemen ($3.4 billion), Haiti ($2.4 billion), Senegal ($2 billion) and Uganda ($1 billion). These six countries accounted for as much as three quarters of personal remittances flowing to LDCs. If the current conflict disturbs the facilitation of remittance flows to Yemen (e.g. Yemeni workers who have to leave Saudi Arabia for reasons related to the conflict), this will further jeopardize financial flows to Yemen.   It is important for the countries of the region to support Yemen by keeping their economic borders open, and allow Yemeni migrants to search and find jobs in the neighbouring countries so that they can support their families economically back home. The WTO GATS services waiver for LDCs could be effectively applied to allow qualified Yemenis to work temporarily abroad and support their home country through remittances.

Q: Prior to the start of the conflict in 2014, Yemen was highly dependent on declining oil and gas resources for revenue. Oil and gas earnings accounted for roughly 25% of GDP and 65% of government revenue. What do you consider as Yemen’s competitive advantages?

Once the conflict is over and reconstruction efforts are under way, Yemen will need to continue to pursue a strategy of structural transformation, economic diversification and economic integration into the world economy, based on a harnessing of existing competitive advantages and the forging of long-term dynamic ones in higher-value added activities and sectors. The Government’s Yemen Strategic Vision 2025 had already identified new sectors of economic growth and competitive advantages but unfortunately the current political situation is likely to significantly delay the full operationalization of that Vision.

Yemen enjoys an advantageous geo-strategic position in the Gulf of Aden and the Red Sea that can be harnessed to position itself as a port, trans-shipment and logistics hub, through the revitalization of the Port of Aden and the operationalization of free zones.  Strong competition from neighbouring countries exists however; such as from Djibouti and the United Arab Emirates but this economic strategy can be a part of a broader economic diversification package. The Yemen Strategic Vision 2025 identifies the following sectors as areas of future growth: the development and rationalization of agriculture, development of coastal regions, industrialization and tourism.

From an UNCTAD perspective we see for example fisheries, tourism and the creative industries as three sectors that can unleash development and exports potential in LDCs, and we strongly advocate the building of linkages between extractives and the local economy. Such developments have to be supported by appropriate investments in hard and soft infrastructure and the increased harnessing of ICT and digitalization to boost local productivity. Policies are also needed to support local entrepreneurship and this will be discussed further in our next Least Developed Countries Report 2018 that will be released in November.

UNCTAD’s publication “Fisheries exports and the development of LDCs” analyzes how fisheries can be an important development sector in LDCs with coastal areas and we think that Yemen could definitely support the exploitation of its coastal areas and coastal resources for future development and build linkages between its fisheries sectors with other economic sectors such as tourism ( including cruise tourism) and agro-processing activities (http://unctad.org/en/PublicationsLibrary/aldc2017d2_en.pdf).