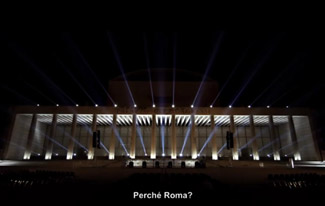 The Candidacy Dossier for Roma Expo 2030 was presented today at the Permanent Representation of Italy to the International Organizations in Geneva.

Following the official handover of the dossier to the BIE, which took place in Paris on September 7, the main guidelines of the document and the philosophy behind Rome’s candidacy were illustrated today to more than one hundred representatives of BIE member countries accredited to the International Organisations in Geneva, major UN hub and multilateral city “par excellence”.

Ambassador Gian Lorenzo Cornado, Permanent Representative of Italy to the United Nations and the other International Organisations in Geneva, Ambassador Sebastiano Cardi, coordinator of the electoral campaign to promote Rome’s candidacy Expo 2030, the Roma Expo 2030 Task Force manager, Gaetano Castellini Curiel, and the Director of Communication and Partnerships of Roma Expo 2030, Livio Vanghetti, were the hosts and main speakers at the Geneva event.

“Rome is ideally positioned to host Expo 2030: it’s the capital of art, dialogue, creativity and hospitality, a city in evolution that has gone through millennia of history, constantly transforming itself while preserving an harmonious balance between its inhabitants and the territory. The strength of this candidacy, and of the philosophy underpinning it, lies in the promotion of inclusive partnerships and projects with each participating country. The projects will be exhibited in the national pavilions, offering visitors an extraordinary showcase of innovative solutions, rooted in their unique historical and cultural paths. In short, that of EXPO Rome 2030 is a genuinely multilateral vision, consistent with the sustainable development goals of the United Nations: a vision that the international community is mobilised to defend and to promote, shaping a better tomorrow for future generations”, said Ambassador Gian Lorenzo Cornado.

« The values set out in the candidacy dossier make this project unique compared to the other candidates, » said Ambassador Sebastiano Cardi. « Rome has always been the capital of art, culture, dialogue and creativity, engaged in a constant process of regeneration, and wants to strengthen its image as a city that is never static, always evolving and ready to adapt to change. Moreover, by virtue of its position in the heart of the Mediterranean – a bridge connecting Europe, Africa and the Middle East – it is perfectly placed to ensure the success of Expo 2030 Roma in terms of participation, visitors and visibility ».

« The theme chosen by the Committee, ‘People and Territories’ is emblematic of the work and meaning that we are giving to this candidacy  » said Livio Vanghetti, Director of Communication and Partnerships Roma expo 2030.

“Above all it is emblematic of a method: working together. To build together through deep-rooted partnerships an Expo that responds to a universal vision, one of the human person and the territory that he or she inhabits. This is even more relevant because the Expo falls in the year 2030, when the results of the UN 2030 Agenda will be evaluated and the centenary of the BIE and its values will be celebrated ».