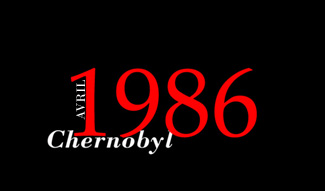 ‘Trocaire’ is the official overseas development agency of the Irish bishops. Established in 1973, it saw itself as having a mandate to tackle the causes as well as the effects of under development in the world’s poorer countries.  It has wide representation internationally through its work in several countries and regions. Amongst the projects it supports are leadership training, health and welfare schemes, the promotion of human rights and combating of racism, community development and support for small industries, and the advancement of women.  Its extensive programme of development and education has had a significant impact in raising awareness in Ireland about development issues, both through the educational system and among the wider public. It has campaigned on such issues as international debt, the arms race, and human rights violations.

On 26 April 1986 Chernobyl, near Kiev in Ukraine, was the scene of the world’s worst nuclear disaster when an explosion at the recently built nuclear power plant unleashed 200 times more radioactivity than the Hiroshima and Nagasaki nuclear bombs in WW2, and affected forever the lives of seven million people. The explosion released just 3 per cent of the radioactive material into the atmosphere. The other 97 per cent contained only by a deteriorating concrete shell remains inside the damaged reactor and continues to be one of the world’s most dangerous ‘ticking time-bombs’.

In 1991 an Irish charity was established that started a programme to bring children from radiation zones for periods of rest and recuperation. Through the generosity of families in Ireland groups of children began to arrive to a warm welcome from host families across the island facilitated by voluntary donations received by the charity from private and other sources. It has helped to build lasting bonds between Ireland and the Chernobyl victims over time and to rebuild young lives. The Chernobyl Children’s International (CCI) is designed to offer programmes to give sick children the respite they need from the radioactive environment in which they are forced to live.  Through the charity more than 25,600 children have benefited from reception by host families in Ireland.

26 April 2021 marked the UN Chernobyl Remembrance Day and the 35th anniversary of the devastating Chernobyl tragedy. The President of Ireland, Michael D. Higgins, led the event in Ireland of the ‘Global Candle-lighting Campaign’.  His Statement recognised the extraordinary contribution the people of Ireland have made to the Chernobyl victims.  He recalled the fateful day in April 1986 when news of the nuclear disaster unfolding in Chernobyl stunned people around the world … That day in Chernobyl cast a dark shadow in history, in terms of both human casualties and wider impact that continue to echo across people’s lives even now, thirty-five years later and including so many who were not even born in 1986.

On International Chernobyl Remembrance Day and the 35th anniversary of the Chernobyl disaster he also recalled how Ireland became one of the first countries to respond to the humanitarian crisis by providing support for, and meeting the needs of, thousands of Chernobyl victims by giving hope, compassion and empathy to those whose lives have been deeply affected by one of history’s worst tragedies.  In his tribute the President concluded … Let us recall the Day to celebrate the human resilience and solidarity manifested in the aftermath of the disaster as a source for our own resolve in the face of the Covid-19 pandemic. (Source: Full text  Media Library, News Releases, 26 April 2021).

Note:  Acknowledgement is given to encyclopaedic and other sources used in preparation of this text. It follows a text titled War Refugees in Ireland: Long and Lasting Relations by  Ita Marguet,  November 2019.