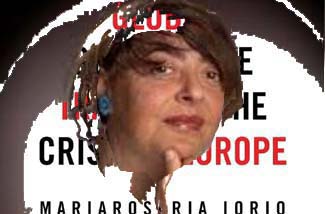 Did you say the United Nations (UN)? How would a world without the UN be Part I By Mariarosaria Iorio, Political Analyst

In these controversial contemporary times, the United Nations (UN) and its agencies are at best sidelined, at worst ignored. The most recent case of sidelining relates to the Corona virus epidemic, which had been announced by the World Health Oorganisation (WHO), and had been ignored by political leaders already end of 2019.

Since the fall of the Berlin wall in 1989, the UN is considered as being under perfusion as it has lost its political pertinence. There are UN agencies whose existence is ignored by citizens, there are programmes that appear to be irrelevant to observers, there are staff that appear to be too expensive for what they produce.

The most recent symbolic political examples of the world crisis are: the contribution withdrawal of the United States to the WHO, the resignation of the Director General of the WTO before the end of its mandate (the WTO is not part of the UN but its deadlock is part of the reasoning that applies to the UN) and the stillmate of the negotiations on the European Recovery Fund.

Such a trend can be summarized as follows: disbelief in multilateralism in general, and the growth of nation-based interests, in particular. Indeed, the United Nations are commonly critized for their lack of pertinence, lack of impact, lack of cost-efficiency and lack of justice.

It is a pespective that can be understood, when looked at from the average citizen lens.

Hearing comments by citizens, while defending the need for the UN to exist I have often found myself imagining how would the world be without the UN.

The buildings of the UN in Geneva and New York would probably become either museums, as for exemple the building at the Place des Nations in Geneva. Other less historical buldings would be rent to multinationals business. Some buldings would remain empty for a while.

People would remind themselves of how it « used to be » when the UN still existed, and of the time when tourists used to come from all over the world to visit the Place des Nations, and its « broken chair ».

The Geneva and New York international bubble would puff and suddenly disappear, with an immediate effect of lowering rents and apartments becoming suddenly affordable.

No more UN meetings with politicians and experts coming from all over the world to exchange views and perspectives. As a result, no more international negotiated texts and Treaties. Only the once already into force would be kept. No need to update or to reformulate texts and governments commitments.

After a few weeks of distress being expressed by diplomats and experts, life would go back to its rights and debates and comments on how the « disappearance could have been avoided » would decrease as time went by.

Countries would then look inwards, and restart building their own production systems and international relations according to national priorities only.

The United Nations being one of the multilateral implementation tool of international cooperation programmes, once shut down developing countries would have to go on their own development policies as well.

What would happen to International Treaties ?

We could go back to that world: fragmented and violent.

We could go back to a world without the UN, and take the risk of moving towards a world that would be more unstable, unsure and conflictual, if not in war.

Not an improbable circumstance in light of the increasing tensions and the lack of international solidarity.  The COVID 19 has been a clear example of what a chaotic management of worldwide public health issues can be like.  A great number of deaths caused by a disorganized management of frontiers, weakened national hospitals, and no international sanitary policy.

World health is indeed a piece of the peace puzzle.