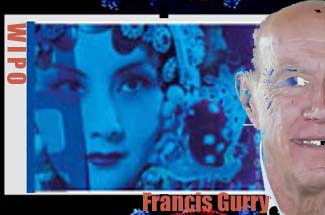 The Beijing Treaty on Audiovisual Performances has officially entered into force and can from today begin improving earning conditions for actors and other audiovisual performers – a development with added importance amid the negative impact on cultural production by the economic fallout from the COVID-19 pandemic.

“Many of the actors and other performers in our beloved series and movies are essentially gig workers, without long-term salaries, equity stakes or great fame. The Beijing Treaty helps give these performers more rights to their work, which in turn boosts their personal revenues.”

The Treaty is designed to help audiovisual performers – television and film actors, musicians, dancers, and others – many of whom live from job to job in precarious economic circumstances. The Treaty expands audiovisual workers’ performance-related rights, which can translate into increased payments from retransmission – an especially critical benefit as many new productions are halted due to the COVID-19 pandemic.

« Many of the actors and other performers in our beloved series and movies are essentially gig workers, without long-term salaries, equity stakes or great fame, » said WIPO Director General Francis Gurry. « The Beijing Treaty helps give these performers more rights to their work, which in turn boosts their personal revenues. If ever there was a moment to increase the amount – and predictability – of audiovisual performers’ earnings, it is in this COVID-19 era that is negatively affecting economic activity including new productions. »

The Treaty entered into force on April 28, 2020, three months after Indonesia joined as the key 30th accession or ratification. WIPO member states in 2012 approved the Treaty at a Diplomatic Conference hosted by the Chinese Government in Beijing, from where the Treaty takes its name.

About the Beijing Treaty

The Beijing Treaty deals with the intellectual property (IP) rights of performers in audiovisual performances, notably by bolstering five kinds of exclusive economic rights for the beneficiaries’ performances fixed in an audiovisual format: The rights of reproduction, distribution, rental, making available and broadcasting and communication to the public.

By joining the Treaty, its members agree to adopt, in accordance with their legal systems, the measures necessary to ensure the application of the Treaty. In particular, each contracting party must ensure that enforcement procedures are available under their laws, permitting effective action against any act of infringement of rights covered by the Treaty. The action must include expeditious remedies to prevent and defer infringement.

The Beijing Treaty modernizes and updates for the digital era the protection for actors, singers, musicians and dancers in audiovisual performances contained in the Rome Convention for the Protection of Performers, Producers of Phonograms and Broadcasting Organizations (1961). These updates for the digital era complement the provisions in the WIPO Performances and Phonograms Treaty (WPPT), which updated protections for performers other than audiovisual performers and for producers of phonograms.