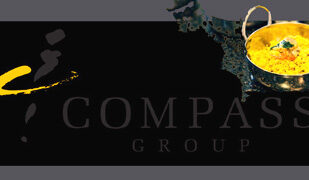 The Central Bank is the manager of the Fund, which is the future savings of the Norwegian people. The size of the fund is now more than a trillion U.S. dollars, and there are more than 9000 companies in the fund. Therefore, it is a huge effort just to keep track of them. The Fund has several ways of tracking the companies to see if they behave responsibly.

Our mandate, through our guidelines, is to continuously, in a sense, screen the companies through web crawlers, through being open to the public and to NGOs, to receive concerns and complaints and perhaps look into them, and perhaps to do in-depth industry studies where we think there is a high risk of norm violations. This concerns not only human rights but also environmental damage, corruption and certain products which we should not invest in. The council comprises five appointed members and a secretariat of eight. We meet every month, and then there are all the other meetings in between with civil society, with companies with which we have a direct dialogue. So this is a big and comprehensive effort.

First, we start with some background research. It’s really about finding the facts. If there a possibility that the company has committed a norm violation, it is necessary to examine the case in order to actually reach the threshold for recommending that for it be either excluded or put under observation. Most companies are generally put aside quite quickly, because they are not going to reach the threshold, but if we think that they might, we will very often write a letter to the company saying, for example, that it has come to our knowledge that you are engaged in… Or what are you doing, what are your policies on humang rights etc.? At this stage we ask for facts. Most of the time they answer our requests, perhaps halfheartedly, and then we do of course more checks. In some cases, if we feel that we are missing something, we might actually send people out into the field, not ourselves but a consultant, to talk to factory workers outside the factory. If we are concerned about child labour, we go into the fields too.

It is really a huge privilege to be able to engage intellectually with a super group of people in both the council and secretariat in order to effectuate the mandate and make a difference. I get to influence very large companies and raise the flag. People actually listen, they change, and that’s a huge opportunity to be a part of.  I did not know much about it before I joined. The companies we invest in are mostly private so we did not pay much attention to the Council of Ethics. Some people say that Ferd should do much more and should do different things, but on the whole it’s good actually to use part of my time and intellect to make a difference within this field.

We are here in the United Nations, and this is a global issue, and it’s more serious in countries where norms have been violated on a large scale, whether it’s replacement of people or sexual harassment. So, of course, there are systematic violations that are more prevalent in other parts of the world than in the Nordic countries, but the Fund is global, and the Fund must strive to adhere to the expectations of the international community. I think that to some extent the financial crisis heightened expectations, especially from the financial community, to be more diligent, more responsible.

I think all countries need a piggy bank, a set of financial institutions, either governmental or other, and safeguards for their citizens. Such institutions are a very good way of exercising influence on a global scale. Most of these funds, whether sovereign funds or pensions funds, by necessity, make investments. It is important to set widely recognized standards and guidelines for such funds and to meet expectations beyond those that they have perhaps signed on to for themselves and are just trying to live up to. Set the bar high and strive to achieve those high standards. Try to be among the better funds. I think that is also something that diplomats and others can underscore – the role here of human rights and business. There are plenty of business people here, and they are eager to talk to diplomats, to human rights activists and to people on the ground. I think the dialogue between all these different partners is facilitated by the diplomatic community. 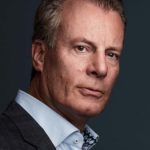 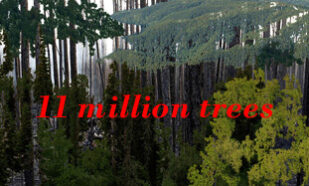