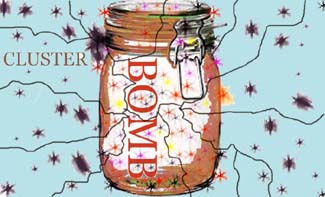 London / Brussels; 6th August 2019: Organisation of Kashmir Coalition (OKC) Executive Council met at an emergency meeting in which the Government of India’s (GoI) purported abrogation of Article 370, bifurcation of the State of Jammu, Kashmir and Ladakh and application of union territory status was debated with outright message to India that Kashmir is a United Nations recognised conflict and that no changes can either be made as to its status or through the division of the state.

In a statement the two Executive Members of OKC, Barrister A Majid Tramboo and Prof Nazir A Shawl express very deep anguish on the scrapping of Article 370 of the Indian Constitution through the Presidential Ordinance and the current build up of para-military troops in Jammu & Kashmir cities, rural areas and Ceasefire Line (CFL)/Line of Control (LOC).

It is manifestly marked by the leaders that the current flare up together with unlawful changes by the GoI is in direct response to the United States of America President Donald Trump’s offer of mediation to resolve the 71-year-old United Nations recognised conflict in accordance with the aspirations of the people of Kashmir.

Barrister Tramboo and Prof Shawl state that the GoI, which is administered by the Bharatiya Janata Party (BJP – widely known as a Hindutva Nationalist Party), formed the evil plan to abrogate Articles 35A and 370 of the Indian Constitution, that guarantees special status to Kashmir and prohibition on non-Kashmiris taking employment and or buying land in Kashmir, and that this unconstitutional change (together with contravention of the international law as the Kashmir conflict is in the United Nations Security Council’s agenda), is to ensure the demographic change in the state of Jammu and Kashmir by settling Sanik colony (to give land to ex-soldiers who served in Kashmir), West Pakistan Refugees colony (here India relives 1947 to offer land to fundamental Hindus) and Pandit colony (in the grab of pandits giving land to additional Hindu fundamentalists); this demographic change is designed in hundreds of thousands; besides, through the Reorganisation Bill introduced in both houses of Indian parliament has taken away Ladakh from Jammu & Kashmir and declared Jammu & Kashmir as a union territory; India has now deployed additional 85 companies in Kashmir and 45 companies in Jammu of its para-military forces known as Centre Reserve Police Force (CRPF) and additional 8,000 troops have been air lifted to Srinagar (capital of Kashmir), to counter the people of Kashmir’s reaction to this unconstitutional move; all this is in addition to 700,000 military and para military forces already in operation in Kashmir.

The leaders also expressed anger and shock at the GoI having recklessly used cluster bombs at the CFL/LOC which has caused severe cluster bomb civilian casualties in the border areas of Azad Jammu and Kashmir (AJK); this is widely reported particularly in the international media such as the Reuters and the Financial Times.

Barrister Tramboo and Prof Shawl referred to Article 1(a) of the United Nations Convention on Cluster Munitions that categorically states – “Each State Party undertakes never under any circumstances to use cluster munitions”; India is in direct contravention of Article 1 of the above Convention.

The leaders further condemned the GoI about the closure of all educational institutions, arrest and detention of Hurriyat leaders, evacuation of all tourists, complete prohibition on freedom of assembly and expression, imposition of Section 144 of the Indian Penal Code (no more than 4 people to stand at a public place), and complete shutdown of mobile and landline phones, internet services and social media.

“We have written about the Indian cheat and evil plan to various inter-governmental organisations and EP & UK parliamentarians seeking their urgent intervention; and further actions are being strategised”, Barrister Tramboo and Prof Shawl revealed.