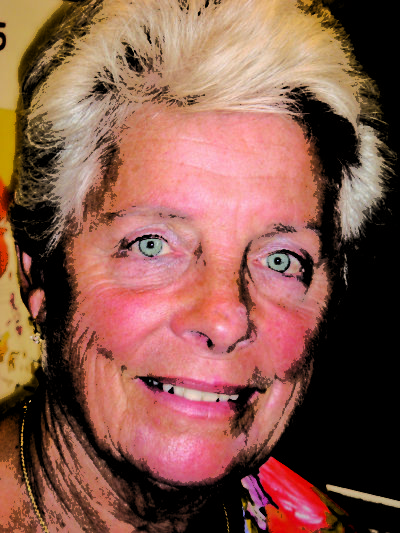 The United Irishmen was a society dedicated originally to the reform of the Irish constitution, including granting the franchise to Catholics, and later to republican revolution.  It was founded in Belfast in November 1791 by a small group of young radicals, most of them Protestant, including Theobald Wolfe Tone, William Drennan, Thomas Russell and Samuel McTier.  It soon extended to Dublin and remained an active though small part of political life until 1794 when, in a time of strong conservative reaction, the society was banned.

The United Irishmen then became a secret society, dedicated to republic revolution and independence, and appealed to a broad spectrum of Irish society, Presbyterians and Catholics in particular. Through Tone especially, the society established contact with revolutionary France; in December 1796, Admiral Hoche’s French invasion fleet, accompanied by Wolfe Tone, failed to land due to storms.  In 1798 United Irishmen leaders, including Edward Fitzgerald, initiated a rebellion.  It collapsed after a few weeks of fighting but resulted in thousands of deaths, including Tone and Fitzgerald, and in the destruction of the movement.  In subsequent generations the ideals of the United Irishmen would frequently be espoused by nationalists; the name itself would be used in a variety of organisations and publications symbolising, as it did for many, a non-sectarian nationalism that was very much the product of the late eighteenth century.

A family profile
Henry Joy McCracken is chronicled in Irish history, literature and archives for his involvement with the United Irishmen. He was born in Belfast on 31 August 1767 into two of the city’s most prominent Protestant industrial families. His father was an Ulster Scot Presbyterian ship owner, Captain John McCracken and his mother was Ann Joy, daughter of Francis Joy, of French Huguenot protestant descent. Joy was the name of his maternal grandmother.  The family made their wealth in linen manufacture and they founded the Belfast Newsletter. Henry became a successful businessman as manager and factory owner in the family enterprise.

He was the elder brother of political activist and social reformer, Mary Ann McCracken, with whom he shared an interest in Irish traditional culture. In 1792 he helped organise the Belfast Harp festival which gathered aged harpists from around Ireland, and helped preserve the Irish airs by having them transcribed by Edward Bunting who lodged in the McCracken’s home and was a classically trained musician.
Early on he became interested in republican politics and in 1795 with others of the society he quickly became a target for the authorities. He regularly travelled throughout the country using his family linen manufacturing business as cover for organising other United Irish societies. In October 1796 he was arrested and jailed in Kilmainham Gaol (1796-7) Dublin where he fell seriously ill and was released on bail in December 1797. He returned to Belfast and led the United Irishmen in the Ulster Rising in Antrim who were routed on 7 June 1798 by Government troops. Three hundred of his men died and he went into hiding.
Mary Ann McCracken (1770-1866), revolutionary and philanthropist, shared her brother’s radical ideals and argued that liberty and equality should also be extended to women.  She visited her brother while in hiding and planned for his escape. On his way to embark for America he was recognised, arrested for treason and sentenced to death after refusing an offer of reprieve if he would name his fellow insurgents.  His sister attended his trial and walked with him to where he was publicly hanged at Corn Market in Belfast on 17 July 1798, after which she made vain attempts to revive him. He was hanged on land that his grandfather had donated to the city. His remains are believed to have been reinterred in 1909 at Clifton Street Cemetery, Belfast, alongside his sister Mary Ann.  In 1998 his image appeared on an official Republic of Ireland commemorative stamp.

He left an illegitimate daughter who was brought up by his sisters. They owned a small muslin business which closed c 1815.  Mary Ann remained committed to the revolutionary cause.  She was a member and secretary (1832) of the Ladies’ Committee of the Belfast Charitable Society and campaigned for the welfare of the women and children in the Belfast Poorhouse, winning approval for improvements by a combination of unflagging tenacity and trenchant common sense. She campaigned for the abolition of slavery and other causes and remained intellectually and physically active into old age.
Ita Marguet, August 2017

Note : Acknowledgement is given to encyclopaedic and other sources used in this brief text. Henry Joy McCracken is chronicled as an ‘Irish nationalist, revolutionary, textile manufacturer and businessman’.