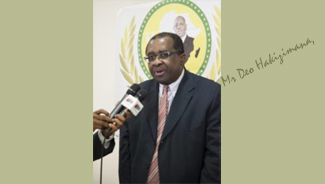 Launch of the “Macky Sall Prize for Dialogue in Africa

On 11th December 2016, the Prize Macky Sall for Dialogue in Africa was officially launched by the Independent Centre for Research and Initiative for Dialogue (CIRID ) in Geneva.
The distinction will serve to honour and encourage all initiatives related to political and social dialogue in Africa.

The CIRID, by his founder and president, Mr Deo Hakizimana, in particular appreciated the organisation of the National Dialogue that the Senegalese president has initiated, and which included various actors. This is the original factor that explains the creations of the “Macky Sall Prize”.

The official launch took place in the Swiss Press Club with representatives from the CIRID, Mr Marcel Mikala (Executive Director of the Macky Sall Prize), Mr MNalick Mbaye (Regional Representative of CIRID for Western and Center Africa) as well as other partners. The Government of Senegal was presented though his Excellency Sall.

A delegation of the CIRID will go shortly to Dakar for a working mission om the modalities of the implementation of the price as well as the composition of the Jury, which will gather eminent personalities, including those coming from the African diplomatic and political community, and “International Geneva” to which CIRID belongs since 20 years. 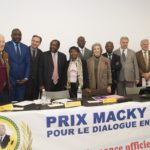 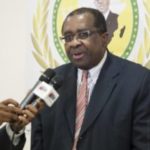